Turn in your Bibles to 2 Chronicles 11:5-12:16; 1 King 14:21-31
Today we will finish the story of Rehoboam.  We have not talk about Ray for a few weeks so let me quickly remind you of who he was.  He was the first king in the south after the divided Kingdom.  He was the son of Solomon.  Remember when he came to power he was challenged to lessen the burden on the people but instead he listened to bad counsel of his friends and threaten to make their burdens even heavier.  He send in a guy to force his way they kill Him and he runs back to Jerusalem raises and army to fight His with his brothers and God tells Him to stop. When I read that first part of the story I developed a picture in my mind of who Rehoboam was.  I am sure I am not alone.  The picture I developed was that of a spoiled little rich boy who only wanted to listen to His friends and decided to flex his muscles to over compensate for his immaturity.  Does that sound familiar?
Well today we are going to read out of Kings and Chronicles to tell the rest of his story.  Hopefully we will get a much better picture of who he was and how we can keep from following in the path of Rehoboam.  Usually we start with reading through the whole passage but today I want to try and just tell the story and try and blend the two passages together so we get the full context of the story in chronological order.  You see as we said before Kings and Chronicles are not really step by step history but more a retelling of the accounts with a purpose of teaching a lesson.  If you had that young punk image of Rehoboam in in your mind 1 Kings 14:21 will shock you as it did me.
21 Rehoboam son of Solomon was king in Judah. He was forty-one years old when he became king, and he reigned seventeen years in Jerusalem, the city the Lord had chosen out of all the tribes of Israel in which to put his Name. His mother’s name was Naamah; she was an Ammonite.
The first thing we see is that when he comes to power he was 41 yrs old.  Now that is not old!  I claim that in the name of Jesus because I am 47 now.  But that is quite a different image than I had in my mind of who Ray was.  Notice he reigned for 17 yrs.  If you will remember Jeroboam His rival in the north reigned for 22 yrs so there is some over lap with Ray and His son’s reign in the rule of Jerry.
The second thing we see is that  Rehoboam’s mother was Naamah, an Ammonite. Naamah means beautiful and knowing who Solomon was that must have been an apt description for her.  But the more important description of her is that she is an Ammonite.  The Ammonites were traditionally arch rivals of the Israelite and had their own customs and religious practices that were ungodly and an abomination to God. They worshiped Molec one of the demononic deities related to child sacrifice.
We will jump over and look at a brief overview of his reign in 2 Chronicles 11 starting in verse 5
2 Chronicles 11:5-12:16
5 Rehoboam lived in Jerusalem and built up towns for defense in Judah: 6 Bethlehem, Etam, Tekoa, 7 Beth Zur, Soko, Adullam, 8 Gath, Mareshah, Ziph, 9 Adoraim, Lachish, Azekah, 10 Zorah, Aijalon and Hebron. These were fortified cities in Judah and Benjamin. 11 He strengthened their defenses and put commanders in them, with supplies of food, olive oil and wine. 12 He put shields and spears in all the cities, and made them very strong. So Judah and Benjamin were his.
First we see that Rehoboam built towns of defense.  Here is a map if the area 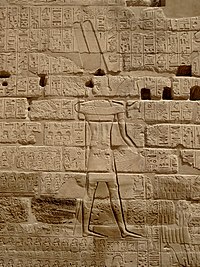 For more from this series you can CLICK HERE.

As soon as sermons are ready they are posted on our Facebook Page.  Please, consider liking our page